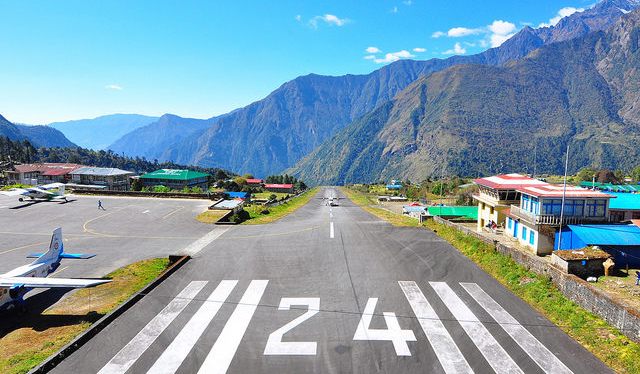 After an early 3:30am start and swift passage through a chaotic Kathmandu airport the short 27 minute flight to Lukla lived up to all expectations. Following the line of the Himalayas the view of the high mountains was spectacular with us weaving between the lower peaks where at times we felt we could touch the hillsides on either side. The descent was short lived having basically climbed up to cruising altitude and then just landing. Not unlike a large noisy chair lift. 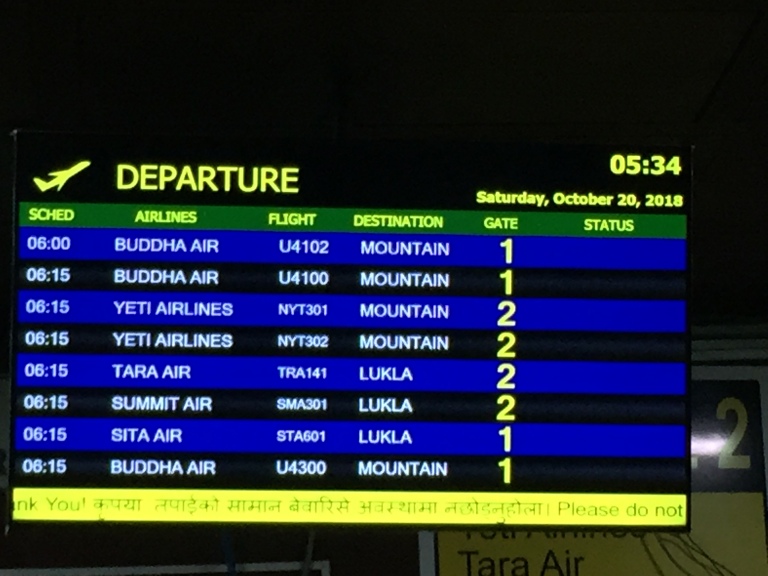 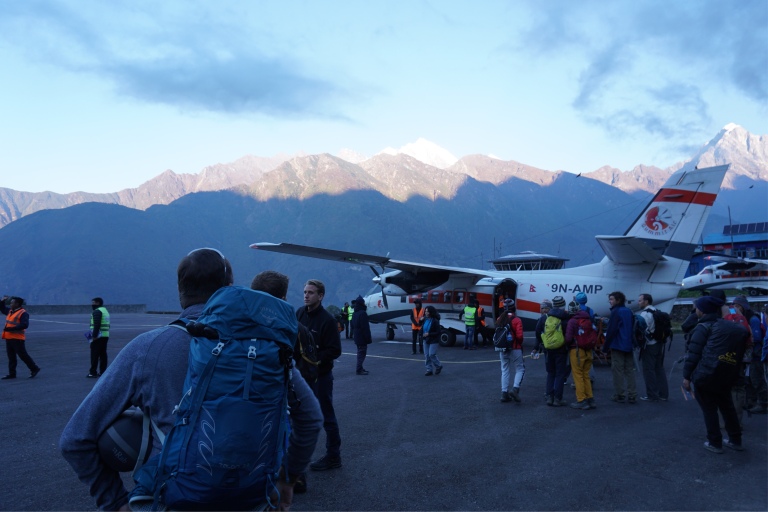 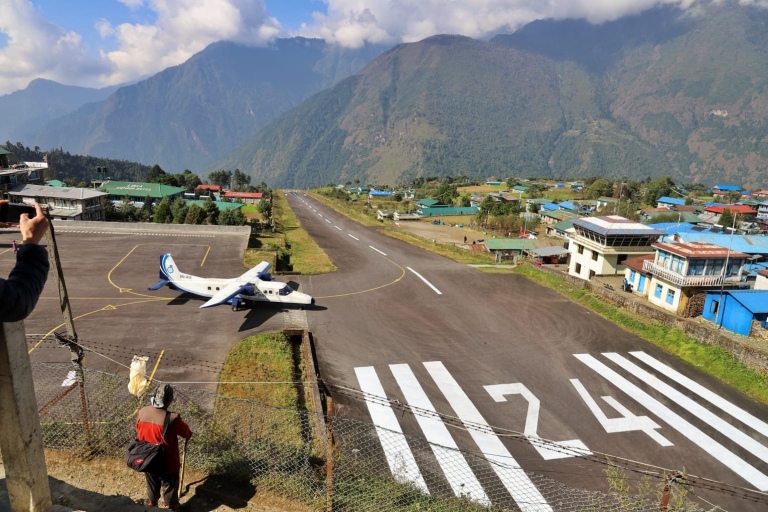 Although it isn’t the highest airport in the world, it is certainly one of the most dangerous. The runway is situated at 9000 feet and is flanked by the rugged Himalayas on all sides. The 1500-foot runway sits on a 12 degree slope and abruptly drops off into the river valley below with the pilot landing into the slope and taking off down the slope somewhat like negotiating an aircraft carrier. The airport, when the weather behaves, is abuzz with small aircraft and helicopters. The turnaround times for the aircraft landing, unloading, loading and taking off is less than 10 minutes.

Our merry band sighed a collective relief, not just at landing, but more as we were finally going to start our trek following so much preparation.

Breakfast in Lukla was the Nepalese staple of fried potatoes and eggs then it was, guess what, repacking and sorting out before our relatively short trek to Phakding. Lukla is the stepping off point for all Everest expeditions and is a lively town catering predominantly to climbers and trekkers. 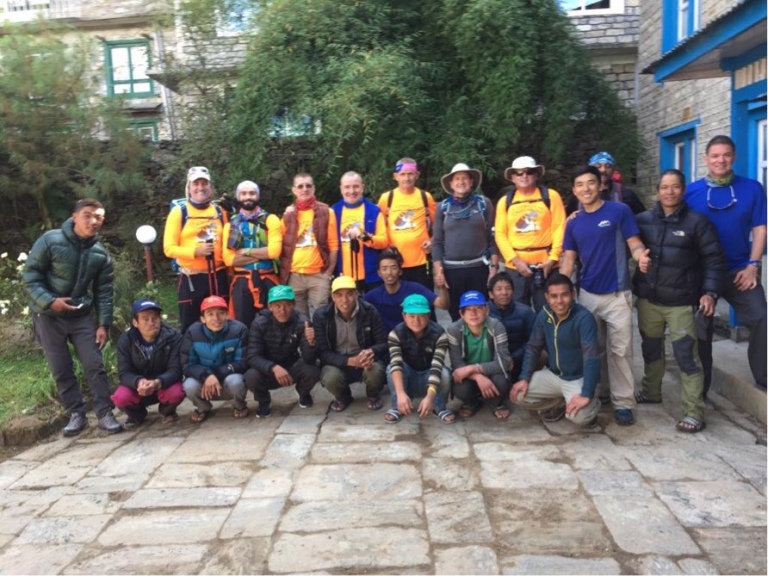 It was fabulous to get out on the trail, which proved quite busy with Trekkers, donkeys and yaks. The yaks with their bells tinkling proved stubborn beasts and we were reminded several times to stand uphill when they passed so that they didn’t accidentally knock anyone over the edge.

The temperature started off very chilly early morning but rapidly warmed with the sun. The trek today took 4 1/2 hours up and down through a forested terrain with many small villages with an overall descent from 9300 ft to 8,500 ft. The villages provided a glimpse of times past with cobbled paths, yak trains with what appeared a delightfully simple and peaceful way of life. It was wonderful to finally be in the mountains but concerning that given the path ahead, what goes down must go up so we have today’s descent to make up tomorrow!

Accommodation tonight is the Beer Garden Tea House and currently we are huddled in the common room, which is somewhat heated (not as cold as outside) as opposed to our fairly basic rooms (colder than outside) enjoying supper and talk of tomorrow. Onward to Namche Bazaar. 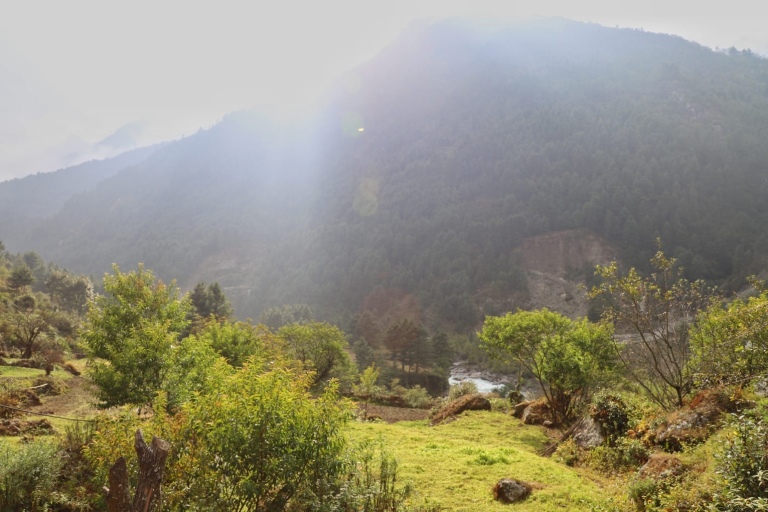 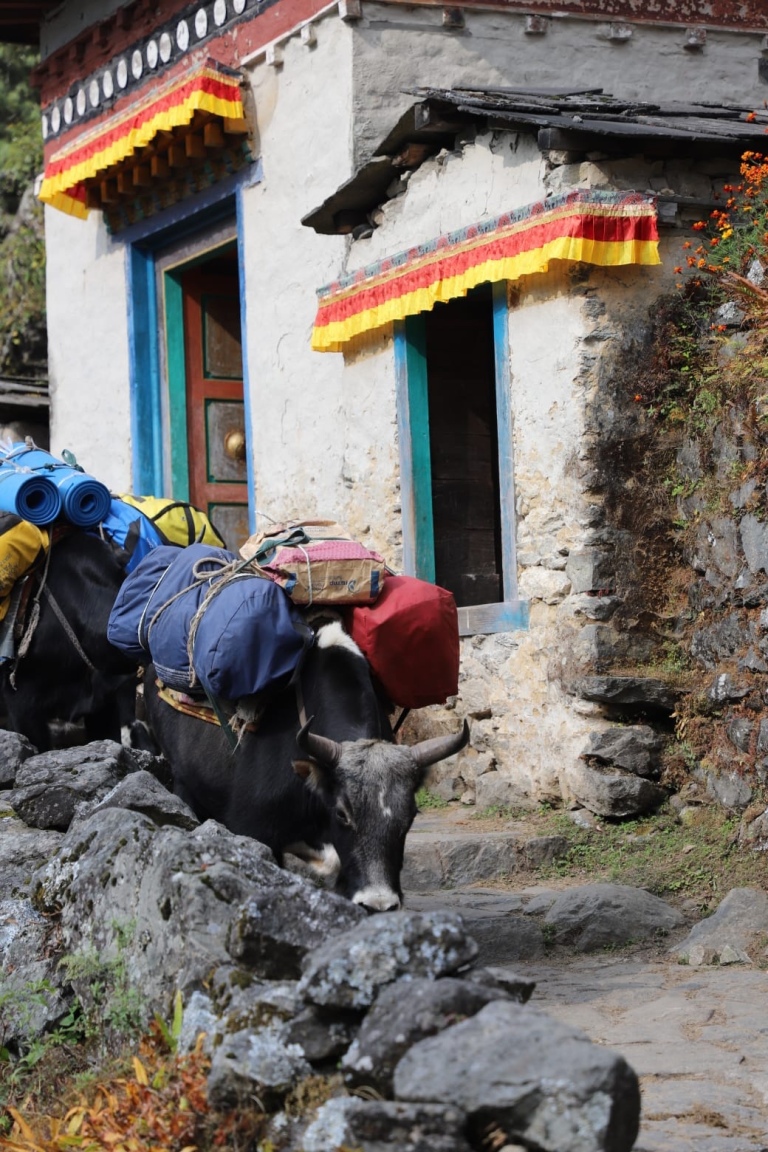 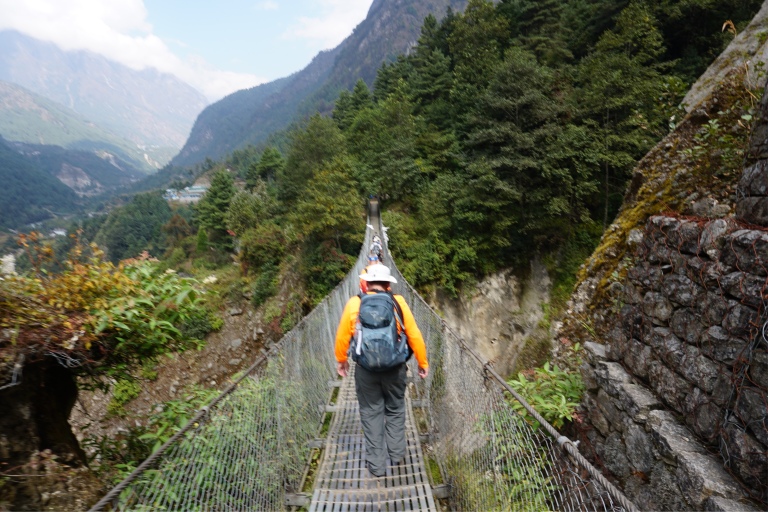 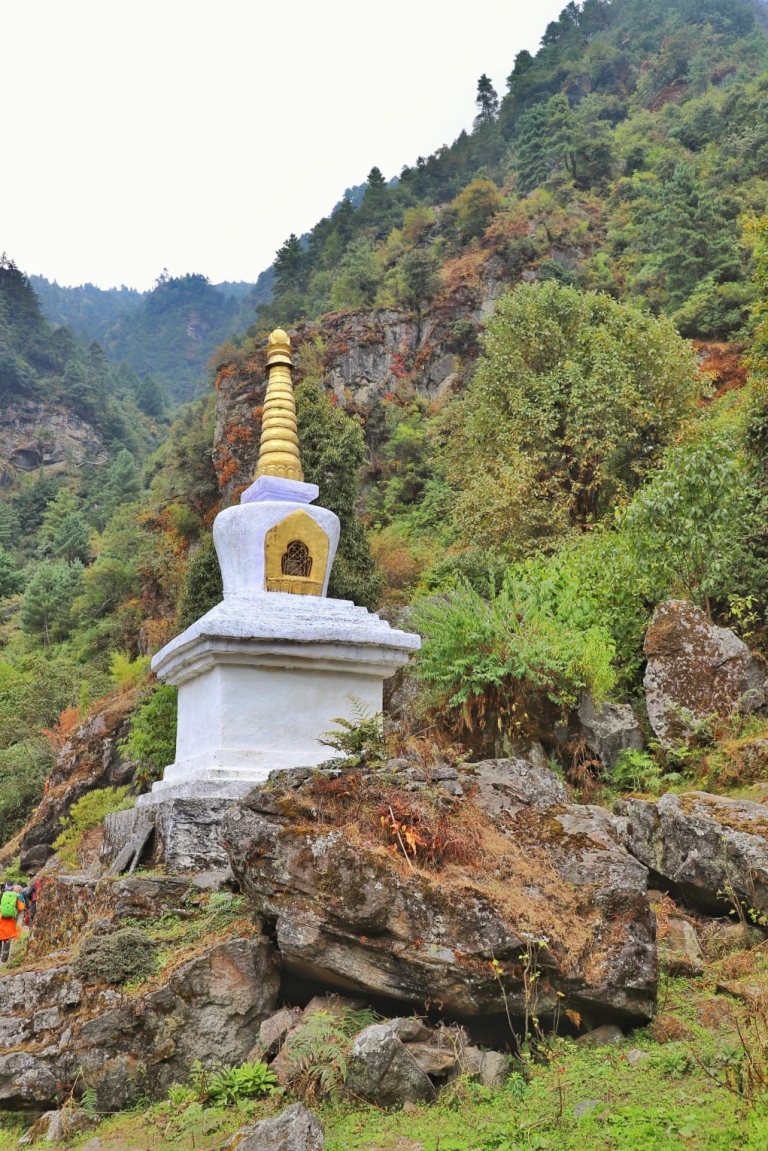 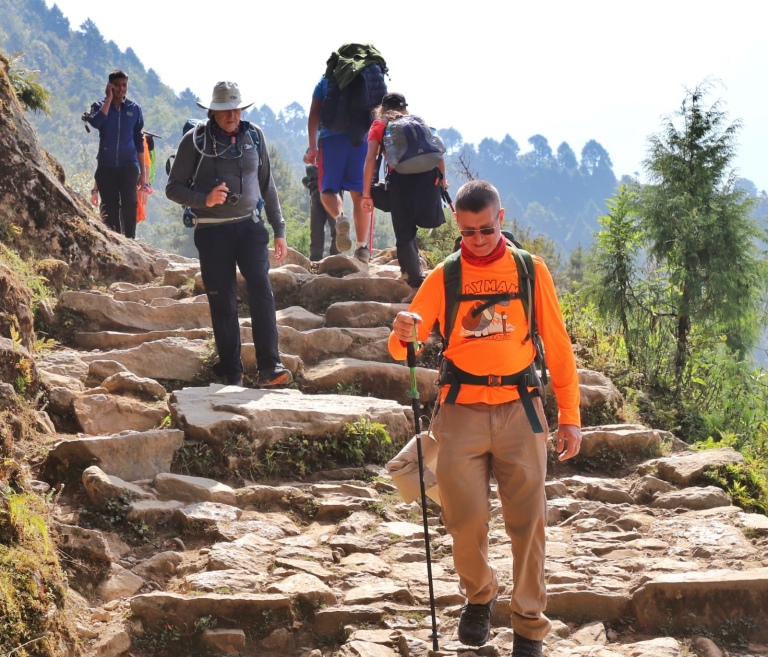 6 thoughts on “Day 1 – Kathmandu to Lukla to Phakding”