Life at Base Camp was cold, quite quiet but gloriously sunny. Shaking the tent at wake-up time caused a shower of ice crystals to fall down on the occupants, two per tent. 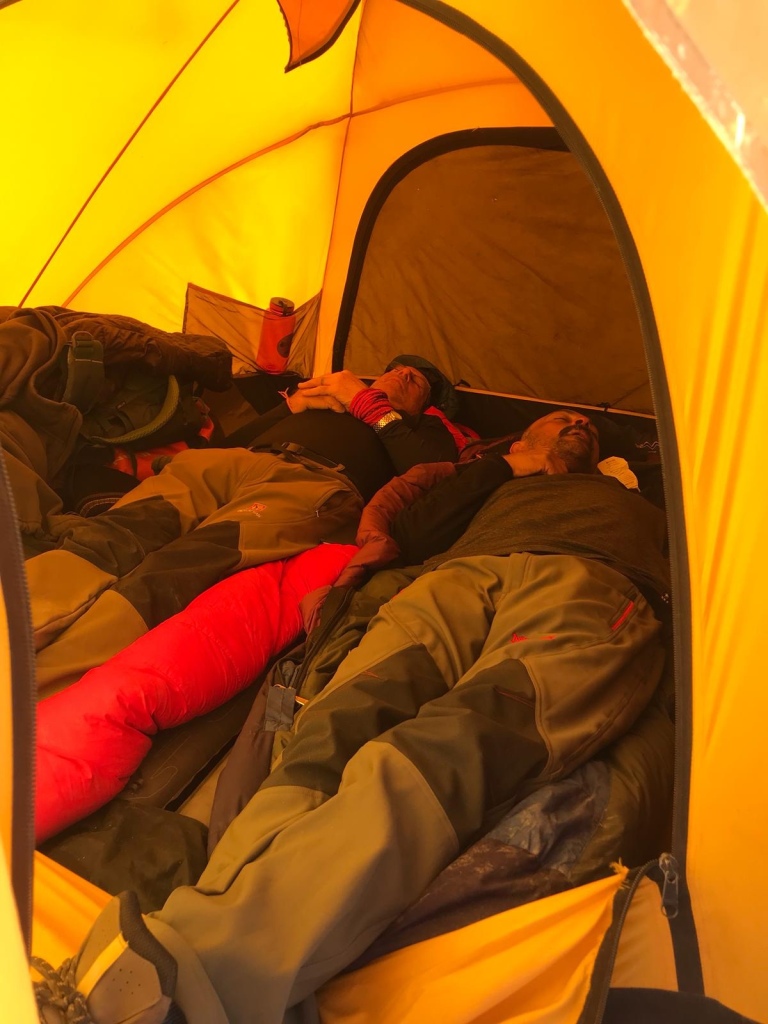 The summit team had now settled to Vico, Craig, Marcos and Keith and Chef Shetty attended Base Camp and the climbing clinic. Climbing clinic was after breakfast and just behind base camp and covered a thorough examination of all the necessary equipment, ascending with jumar and abseiling with a number eight. 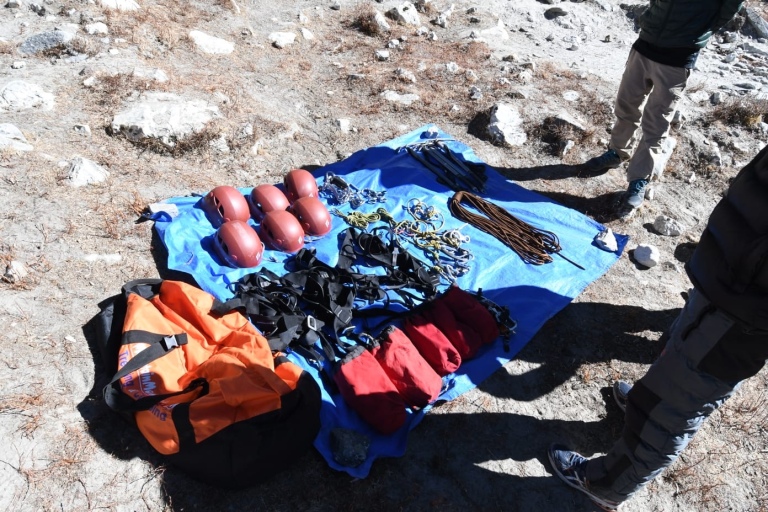 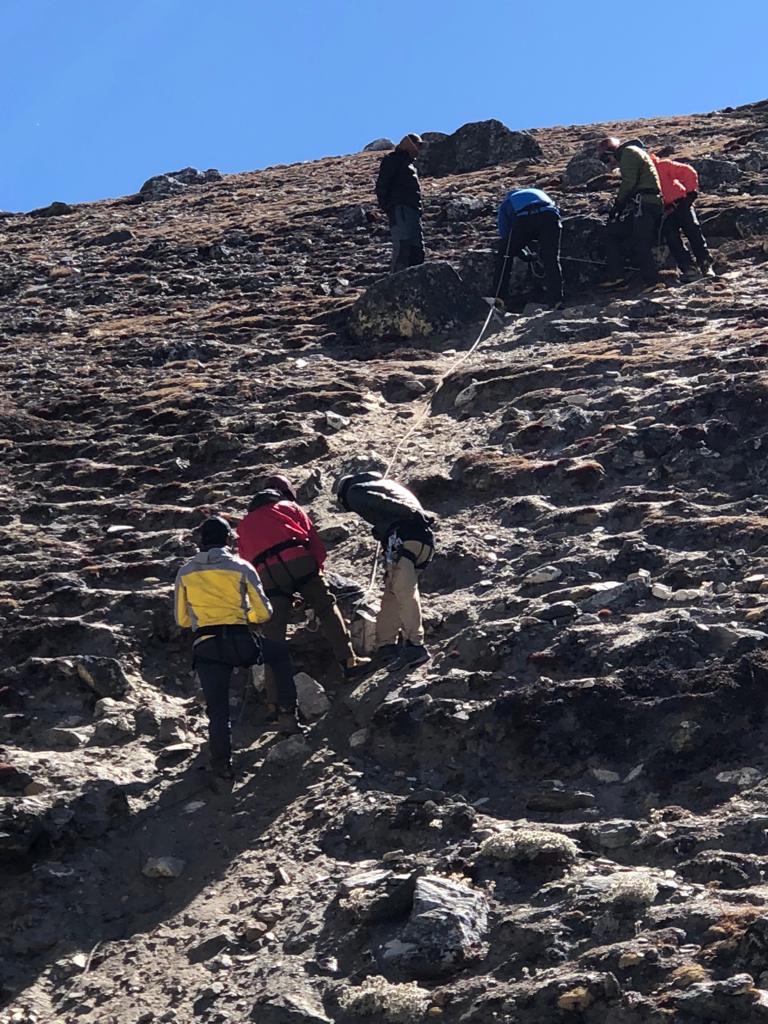 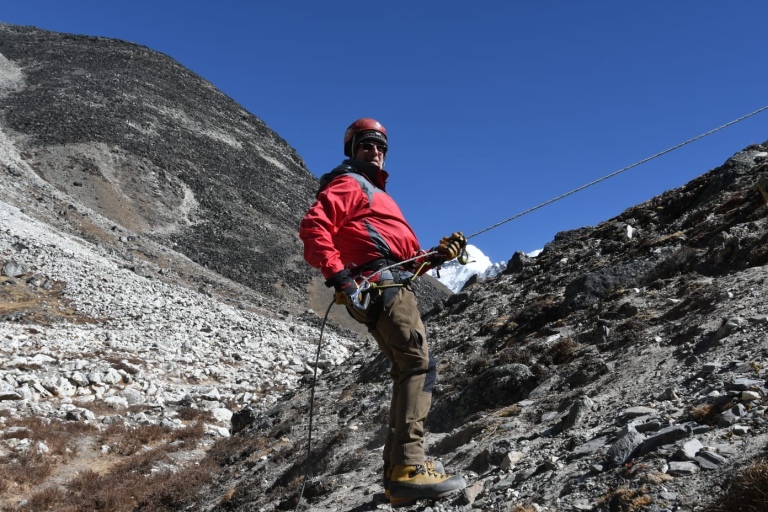 After lunch it was off to high camp. This was a 2 1/2 hour 350m vertical climb and scramble over large boulders and validated the decision to utilize a high camp rather than start the summit assault from Base Camp.

On arrival the team prepared for the summit attempt which was to commence with a 1am wake call for 2am departure. Sleep at 5,650m is patchy. Fortunately it wasn’t too cold and the forecast was for perfect conditions. The team were ready but understandably apprehensive. Tomorrow would be the big day. Island Peak awaits and as Sherpa Mingmas T-shirt says, “The mountain doesn’t care”.