The Chola Pass connects Everest valley with Gokyo valley and is a demanding day trekking, rock climbing and negotiating a glacier. The direction we are approaching the Pass is acknowledged as the slightly easier.

The start is early to ensure the glacier crossing is complete as early in the day as possible. As we walked past the Base Camp for Mt. Cholatse (6335) we were in awe as to the day that the climbers were already dealing with and we plodded on toward the Pass and the steep incline. The pass tops at 5,420m (17,782ft) which translates to a relentless 600m climb fo the turtles today. The steep incline morphs into a rock climb and after a brief rest at the top of the rock face we head to the glacier. 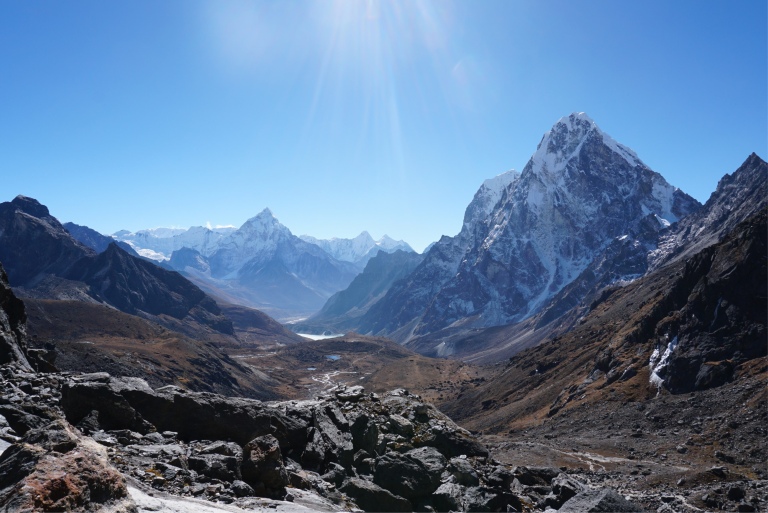 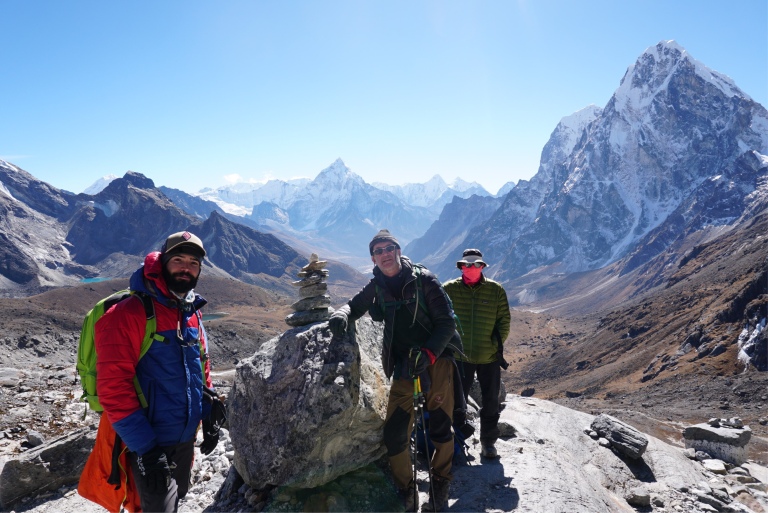 By the time we arrive the glacier is slick and a few Bambi moments become inevitable. We’re told to avoid the slick ice and to focus on that we can crunch down. That’s easier said than done as what we could crunch down was separated by swathes of shiny polished ice. Thankfully, with the help of our Sherpas, a couple of pairs of temporary crampons that we ferried back and forth, and a degree of bad language we arrived at the final rock face and then the top of the pass. It’s unfathomable how the many porters carry their large loads up and over the pass.

After a stop for rehydration and energy bars we begin the 700m descent to Thagnak, the first village the other side of the pass. A mixture of scrambling down a boulder strewn face followed by undulating open stretches of steep inclines and declines.

The final stretch down to the village follows a fast flowing half frozen stream of glacial run-off where we encounter many of the sacred birds that resemble large quail (I must find out what they are called). We smell the village a good while before we see it with that now all too familiar scent. 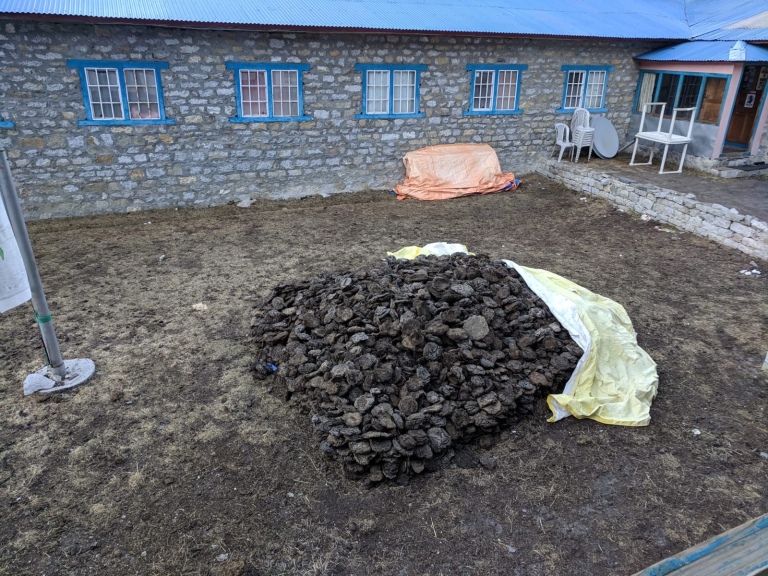 We arrive some 10 hours after leaving Zhongla thoroughly exhausted but with a feeling of accomplishment. Chola Pass is considered one of the more challenging treks on the circuit. Not climbing, but definitely extreme trekking. Very rewarding by way of scenic magnificence and personal achievement.